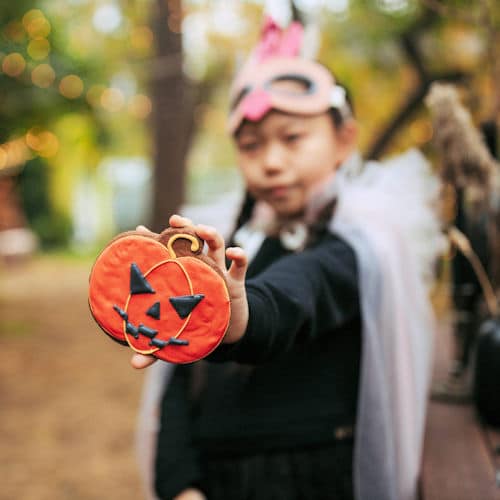 Once Upon A Midnight Dreary, Sometime in 835AD....

...Pope Gregory IV came to terms with the fact that the church, which had not too long before begun to establish a considerable presence in the Celtic regions, would not be able to convert pagans to the Christian faith simply by maligning their holidays and expecting communities to let go of their deeply rooted beliefs. In an effort to make stepping in the footsteps of Christ more palatable to the Celts, the Pope mingled Christian beliefs and pagan practices when he declared November 1 as “All Saints Day” (or "All Hallows Day” --“Hallow” meaning holy person or saint), and the day prior, October 31, as “All Hallows Even", when the devil allegedly was given the green light to have some “fun”. All Saints Day originated as an institutional celebration of the lives and courage of saints, especially martyred saints. Even later, sometime 1000AD, the church made November 2 “All Souls Day”, a day to honor the dead. It was celebrated similarly to Samhain (pronounced sow-in), with big bonfires, parades, and dressing up in costumes as saints, angels, and devils. Together, the three celebrations, “All Hallows Even”, All Saints Day, and All Souls Day, were called “Hallowmas”.

In those days, the Celts worshiped, among others, the Lord of Death (or Lord of The Dead), on Samhain, October 31. They began their New Year on November 1, which marked the beginning of Winter, and a fundamental part of the festivity was the belief that on October 31, the Lord of Death allowed the spirits of the recently dead to return to earth for a few hours, surrounding them with ghosts, and evil spirits. The dearly departed could materialize and actually eat and drink with the friends and families they left behind. Hence, it is conceivable that the “treats” we hand out so generously on Halloween may have their origins in the foods and treats especially prepared for this occasion, while the gory costumes some children wear could be seen to symbolize the dead who, according to the Celts, were visiting for offerings of food and company those with whom they shared their earthbound years. Sometimes, the dearly departed could also play tricks on their survivors, and if behooved everyone to have enough food and drink on hand to placate a sprit who came knocking.

Is This Is a Trick?

Do you celebrate Halloween? Are you a Christian? For a long time the rift has been deepening and the gap widening between those who think of themselves as Christians, yet see nothing wrong with dressing up their children in costumes, while others, who also think of themselves as Christians, believe that Satanists view Halloween as a special “holy” day, and thus will have nothing to do with what they interpret as a serious compromise with the powers of darkness. Who is right? Those who uphold their spiritual purity by refusing to observe something that, at least in appearance, seems to give acceptance to witchcraft, divination, and devil worship? Or is it the other group, who see modern day Halloween as harmless fun, and do not think it necessary to deprive their offspring of the long standing traditions of playing dress-up and trick-or-treating?

As always, the truth is somewhere in the middle. While a large number of churchgoers believe that Halloween represents a serious compromise with the powers of evil, it is just as true that modern day Halloween is, for the most part, harmless fun. While each disciple of Christ must follow her/his own conscience on this one, it is noteworthy that a large number of features in every-day life have roots steeped in pagan rituals, practices, and religion. For example, the English words Tuesday, Wednesday, Thursday, and Friday, descended from the Germanic names for Tiu (Twia), Woden, Thor, and Freya (Fria)...all gods and goddesses of Germanic descent. Does this mean that when a God-fearing Christian talks about Friday, s/he is celebrating, acknowledging and pandering to the goddess Freya? Of course not!

Modern day Halloween is typically observed as a celebration of American commercialism and a tongue-in-cheek making fun of the dark side of the faith. Gradually, even such gory costumes of ghosts, witches, and skeletons are being replaced with more politically correct (and commercially driven) replacements, such as Aladdin, Cinderella, or Nemo.

Similarly, while there are undoubtedly some who do pervert Halloween into a satanic celebration, I have yet to meet a family who takes its offspring to go trick-or-treating to honor Satan; so far, everyone to whom I have opened the door, or to whose door I have taken my child to, is doing it solely for the sake of the candy! Additionally, what is wrong with a costume party, provided it maintains the decorum becoming any celebration attended or hosted by disciples? Galatians 5:21 teaches that witchcraft is sinful. It does not say that a costume party at the expense of Satan, who deserves to be mocked, is sin- or harmful.

So...What Are You Saying?

If you can see Halloween as a few hours of fun and adventure for the kids, without suddenly falling on your knees worshipping false gods (just as you should be able to use the names of the weekdays without suddenly worshipping Thor or Freya), then there should not be anything stopping you. Just remember a few tried but true rules of conduct: 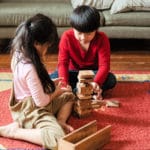 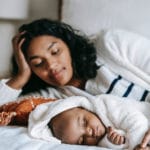 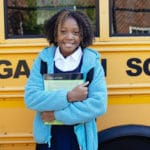