While the adjectives above may read like a checklist describing a typical teenager who's having a bad day, they're actually words that describe one of the Bible's better-known characters. While he's best known for ending up in the belly of a giant fish, Jonah has a lot more in common with today's teenagers than you may think.

It's no secret that the teenage years are filled with parenting challenges, most often revolving around self-discovery - the sorting out of convictions, the bucking of authority and the development of independent opinions (which often radically differ from the folks). These struggles are enough to make some parents wish they could escape into a fish's belly themselves.

But Christian parents can take heart. In one small book (consisting of just four short chapters), parents of teenagers can learn big lessons to help them successfully ride the waves of the teenage years.

"Go to the great city of Nineveh and preach against it, because its wickedness has come up before me. But Jonah ran away from the Lord and headed for Tarshish. He went down to Joppa, where he found a ship bound for that port. After paying the fare, he went aboard and sailed for Tarshish to flee from the Lord" (Jonah 1:2,3, NIV).

Jonah's story starts out quite simply. God gave Jonah a specific and straightforward command. And what did Jonah do? He ran. He hid. He was disobedient. But God wasn't going to let him off that easy. "Then the Lord sent a great wind on the sea, and such a violent storm arose that the ship threatened to break up" (1:4).

So Jonah went into the bottom of the ship and fell asleep, ignoring the situation at hand, acting as if nothing was happening. Jonah was so ignorant that he didn't even see how his actions were affecting others. When his shipmates (who soon discovered that Jonah was running from God) confronted him, he told them to pick him up and throw him into the sea, knowing that if this happened the raging storm would calm. God sent a fish that swallowed Jonah, and Jonah stayed in the belly of the fish for three days and three nights.

But when inside the fish, in the depth and darkness of the ocean, Jonah repented and prayed to God for his deliverance. And God heard him and answered him, commanding the fish to spit Jonah out. God gave Jonah another chance, commanding him again to "go to the great city of Nineveh and proclaim to it the message I give you" (3:2). So Jonah went and announced to the Ninevites, "Forty more days and Nineveh will be overturned" (3:4).

The Ninevites believed the message and cleaned up their act. "When God saw what they did and how they turned from their evil ways, he had compassion and did not bring upon them the destruction he had threatened" (3:10).

Perhaps you're surprised to discover the Ninevites' repentance made Jonah angry. He had delivered God's message, but the outcome wasn't what he thought it should have been. Much of the rest of the Book of Jonah demonstrates the prophet's lack of compassion as he argues with God about God's mercy toward the city.

While the people and places may be different in this ancient biblical narrative than in your home, the struggles, attitudes and characteristics of Jonah may be a bit too familiar. In fact, if you replace Jonah's name with your teenager's, you may be surprised at just how close to home this story hits.

But if we look closely at the story, we see that God understood Jonah, his struggles and his emotions, and we can use God's methods of "parenting" Jonah to parent our own teen during challenging times. The next time your teen throws a pity party, turns into a drama queen or runs from what you (or God!) has asked him to do, put God's parenting methods to the test.

Jonah's story doesn't wrap itself up neatly. You and your teen will face some challenging times and unresolved issues. But if God could take a rebellious prophet and guide him, He can do the same for your child. You can trust Him to bring about the best in your teen's life.

« A Christian Parents Perspective: Why Discipline is Not a Four-letter Word
Put 'em up! » 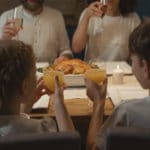 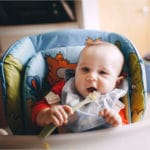 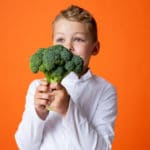