Home » Parenting » Should The Easter Bunny Take A “Hopping” Hike? 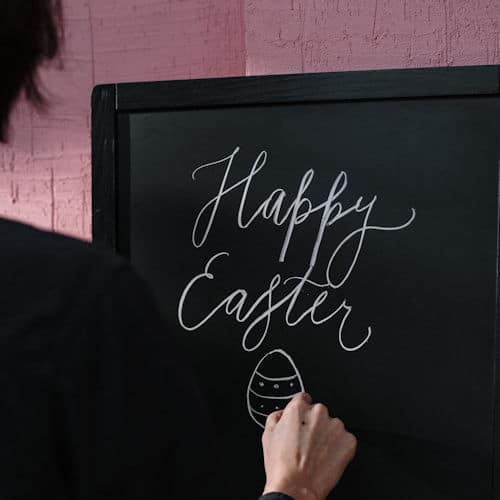 As has been the custom for decades now, the upcoming month will see a flurry of Easter Egg Hunts, colored eggs, marshmallow chickens, chocolate treats, and, lest we forget, the visit of the Easter Bunny. Christian families take part in this tradition as well, even though the holiday that is being celebrated has precious little to do with bunnies, eggs, and chocolate. We all know that Easter marks the triumphant day of the resurrection of Jesus Christ, His victory over death, and the proof that He was, indeed, the long-awaited Messiah.

The eggs, bunnies, etc., on the other hand, are actually a remnant of a celebration in honor of an ancient Assyrian pagan goddess, named Eostre (or Ishtar), who was worshipped as the fertility goddess and consort of Baal (who repeatedly led ancient Israel into idolatry and immorality). Her festival fell on the vernal equinox and over time, and just like Christmas, Easter has become a blend of pagan superstitions and semi-Christian concepts. In her honor, Babylonian worshippers observed a 40-day "Lent" before her festival. In Egyptian temple ruins, dyed eggs were found to be sacred Easter offerings. In the ancient Mediterranean world, the pagan cult of Cybele commemorated the death and resurrection of their god annually at the vernal equinox, today’s Easter.

While many a Christian parent is not fully aware of the pagan significance of the innocent looking traditions that have sprung up around the death and resurrection of Christ, those who are aware have often chosen to opt out of the bunny “eggstravaganza“, much to the disappointment of their children. While the Bible is silent on the subject as to whether or not Easter should be celebrated at all (the Christian church appears not to have celebrated Easter until the second century, according to the witness of early tradition and church history), it is vociferous on the idea of participating in pagan worship and clearly forbids such associations. Colossians 2:8, for example, states “see to it that no one takes you captive through philosophy and empty deceit, according to human tradition, according to the elemental spirits of the universe, and not according to Christ.”

So what’s the Christian parent to do? While each family must decide for themselves if they would like to celebrate Easter with or without eggs and bunnies, and even though there is no record of anybody hiding eggs around the cross on Golgotha, I personally interpret the heart of the Scripture to clearly point in the direction that these practices, even though pagan in origin, are not inevitably harmful, and today do no more honor to the old pagan gods or religions than using pagan names for the days of the week honors the sun, the moon, or Thor. Where the Christian parent must check her/his heart and mind, is the ease with which the “Easter/Christmas Mindset” becomes a license for spiritual lukewarmness, allowing her/him to excuse worldly living and the lack of habitual observance of Sunday‘s worship service because of observing Easter and Christmas, and maybe even going all out in the celebration of those holidays.

Thus, if you are able to enjoy the holiday, have chocolate, bunnies, and eggs without getting caught up in the worldliness that has embraced the celebration of the resurrection of Christ, and if you can celebrate without compromising your commitment to Christ and His church, then there is no harm in observing Easter. As a matter of fact, Easter can and should be a time of the greatest celebration of all!

By way of suggestion, the following recipe is an easy to make Easter treat/family devotional (for best effect, do this on Saturday evening, just before bedtime), that helps your child to understand the meaning of the holiday, look past the bunny, and still enjoy a tasty treat:

Preheat your oven to 300 F (160 C). Place the pecans into the plastic bag, seal it, and let the child beat them with the wooden spoon to break them into small pieces. Explain that after Jesus was arrested He was beaten by the Roman soldiers (John 19:1-3). Next, let the child smell the vinegar and put 1 teaspoon of vinegar into a mixing bowl. Explain that when Jesus was thirsty on the cross, He was given vinegar to drink (John 19:28-30). Then add the egg whites to the vinegar. Now sprinkle a little salt into the child's hand and allow the child to taste it and then brush the rest into the bowl. Explain that this represents the salty tears shed by Jesus' followers (Luke 23:27). At this point, ask your child how they think the cookies will taste. Odds are, they will not think that they will be too tasty, given the ingredients that have been added so far. Now add 1 cup of sugar and explain that the sweetest part of the story is that Jesus died because He loves us (John 3:16). Now beat the ingredients with a mixer on high speed for 12 to 15 minutes until stiff peaks are formed. Then fold in broken nuts and drop by teaspoons onto a cookie sheet covered with wax paper. Explain that each mound represents the rocky tomb where Jesus' body was laid (Matthew 27:57-60). Now put the cookie sheet in the oven, close the door and turn the pre-heated oven off. Lastly, give your child a few pieces of tape and seal the oven door. Explain that Jesus' tomb was sealed (Matthew 27:65-66).

Assuming you are doing this at the child’s bedtime, tell her/him it is now time to go to bed. Explain to your child that they may feel upset at just walking away from the cookies, not knowing what will happen to them. Tell them how Jesus’ followers were in despair when the tomb was sealed (John 16:20 and 22).

On Easter morning, allow the child to rip off the tape and open the oven and give everyone a cookie. The surface will be cracked. Go ahead and take a bite...the cookies are hollow! Assuming you have not given away the end result of the cookies, your child, too, will be surprised. Explain how on the first Easter, Jesus' followers were amazed to find the tomb open and empty (Matthew 28:1-9). Jesus is risen from the dead!

-John 19:1-3: 1Then Pilate took Jesus and had him flogged. 2The soldiers twisted together a crown of thorns and put it on his head. They clothed him in a purple robe 3and went up to him again and again, saying, "Hail, king of the Jews!" And they struck him in the face. -John 19:28-30: 28Later, knowing that all was now completed, and so that the Scripture would be fulfilled, Jesus said, "I am thirsty." 29A jar of wine vinegar was there, so they soaked a sponge in it, put the sponge on a stalk of the hyssop plant, and lifted it to Jesus' lips. 30When he had received the drink, Jesus said, "It is finished." With that, he bowed his head and gave up his spirit.

-Luke 23:27: 27A large number of people followed him, including women who mourned and wailed for him.

-John 3:16: 16"For God so loved the world that he gave his one and only Son, that whoever believes in him shall not perish but have eternal life.

-Matthew 27:57-60: 57As evening approached, there came a rich man from Arimathea, named Joseph, who had himself become a disciple of Jesus. 58Going to Pilate, he asked for Jesus' body, and Pilate ordered that it be given to him. 59Joseph took the body, wrapped it in a clean linen cloth, 60and placed it in his own new tomb that he had cut out of the rock. He rolled a big stone in front of the entrance to the tomb and went away.

-Matthew 27:65-66: 65"Take a guard," Pilate answered. "Go, make the tomb as secure as you know how." 66So they went and made the tomb secure by putting a seal on the stone and posting the guard.

-John 16:20 20I tell you the truth, you will weep and mourn while the world rejoices. You will grieve, but your grief will turn to joy.

-John 16:22: 22So with you: Now is your time of grief, but I will see you again and you will rejoice, and no one will take away your joy.

-Matthew 28:1-9: 1After the Sabbath, at dawn on the first day of the week, Mary Magdalene and the other Mary went to look at the tomb. 2There was a violent earthquake, for an angel of the Lord came down from heaven and, going to the tomb, rolled back the stone and sat on it. 3His appearance was like lightning, and his clothes were white as snow. 4The guards were so afraid of him that they shook and became like dead men. 5The angel said to the women, "Do not be afraid, for I know that you are looking for Jesus, who was crucified. 6He is not here; he has risen, just as he said. Come and see the place where he lay. 7Then go quickly and tell his disciples: 'He has risen from the dead and is going ahead of you into Galilee. There you will see him.' Now I have told you." 8So the women hurried away from the tomb, afraid yet filled with joy, and ran to tell his disciples. 9Suddenly Jesus met them. "Greetings," he said. They came to him, clasped his feet and worshiped him. 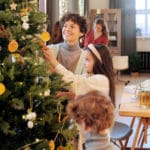 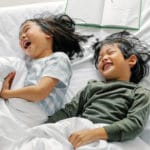 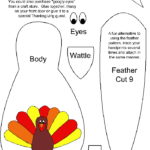